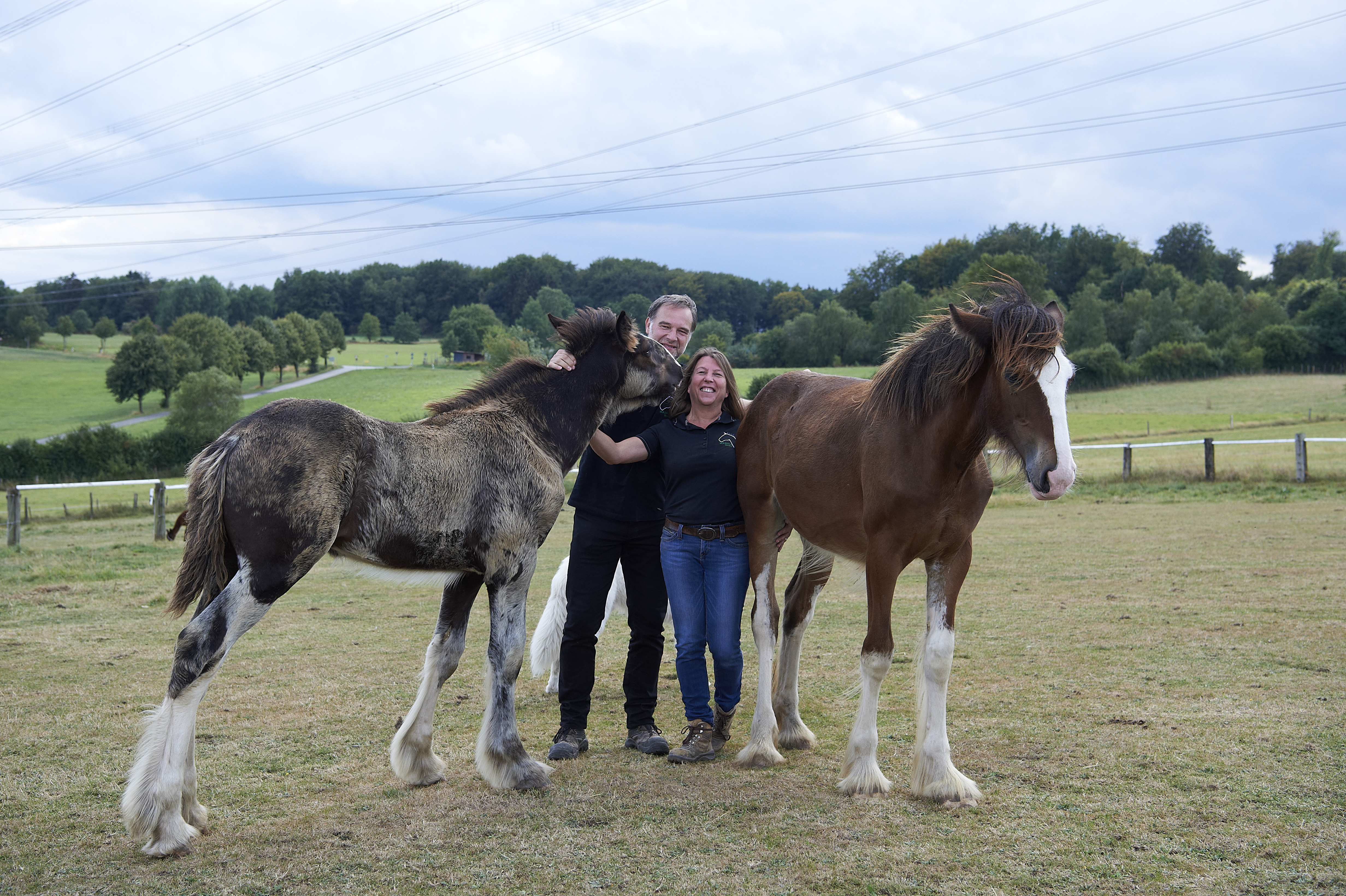 We are Christof and Birgit Backhaus and lived in Belgium for several years.

In the middle of 2012 we moved to Engelshagen (city Hueckeswagen) in the “Bergisches Land”.

At the beginning of 2008 we decided to dedicate ourselves to Shire Horse breeding. As easy as that was said, it was so difficult to find the right horses for us. We then moved through the country for almost three months, until we found a  breeder in the Netherlands and bought our first two mares (Benjero Julia and Kathalena). Once infected by the horse virus, two more mares (Tide’s Brown Shuggar, Royal Creeks Lady April) and a dedicated stallion (Far Forest Commander) were added later. Since November 2014, Buckhurst Duke of Nangreaves enriches our breeding. In order to develop ourselves further, we will, over time, buy new horses, keep selected offspring and sell some companions again.

When selling our horses, however, we are very careful that the horse and potential new owner fit together. This also means that we honestly possibly mention physical and character features and sometimes even a horse does not sell if we have the impression that it dosn`t fit.

Our horses live together in an open stable. We believe that this form of keepinis the most appropriate way to give horses a healthy and species-specific life. Furthermore, we completed a training as a Hooveorthopedic according to DIfHO (Jochen Biernat). More and more, the topic “hooves” occupies a large space with us and we have noticed how often heavy horses are neglected or even not professionally treated.

How did the name “Molehill Shire” come about? The mole became a special one during our first meeting … hmm … let’s call it “topic” to avoid the word “field of tension” :-). Over time, it became more and more a mascot and so  the creation of the Shire prefix “Molehill Shire” begun.